News / New Pastoral spaces: the logic behind the design

New Pastoral spaces: the logic behind the design

“ The colours should energise and invigorate the mind lending themselves to a fun yet creative space.”
Tim Peacock, Facilities Manager

Facilities Manager, Tim Peacock, explains the logic behind the design for the new Maths classrooms and Pastoral spaces developed for the new academic year 2021/22.

Starting from the initial brief to improve pastoral facilities at the Royal High School, phase 1 of the Pastoral project saw the creation of two new common rooms for students in Years 8 and 9. The location was chosen after discussions with staff members highlighted the possibility of making more of the outside space in what was the maths courtyard. Sighting the new common rooms around this courtyard would mean that as well as improved indoor space the girls would also benefit from extra outside space to socialise and study. This decision created the need to provide two alternative teaching spaces for the maths department, and it was decided to relocate two locker rooms at the top of the maths department to enable us to do this.

The focus for the maths classrooms has been to create a fit for purpose learning space, which allows traditional teaching from the front of the class along with collaborative working spaces for small groups. In order to achieve this, multiple glass boards have been placed around the rooms for the girls to use when working together to solve maths problems and a breakout space has also been created to encourage group work in different areas of the room. The classrooms have been fitted with bespoke teaching walls which allow for storage as well as having integrated smart boards. The storage solution should ensure clean, uncluttered spaces to allow the mind to focus whilst also having the advantage of hiding away screens when not in use. This is something that we have had multiple comments on following the increased screen time experienced following the online guided home learning model during the Covid pandemic.

All new rooms have as far as possible been designed in line with the WELL standards for buildings. Whilst hard to implement these standards in their entirety to renovation projects, we have been able to pick out some key points and implement these. For example, the use of natural wood textures can now be found on the teaching walls and new classroom chairs in maths classrooms along with plants. This is a step in the direction of creating biophilia in each of the spaces we create, which has been found to support cognitive function, physical health, and psychological wellbeing. Thought was also given to the science of colour used within the rooms. For Maths, green was chosen to help create a focused and calming space. Further application of the WELL standards were used in specifying the new lighting and acoustic solutions whilst also considering thermal and ventilation options for future implementation. The finishing touches in the maths department will be the addition of modular tables to allow different class set ups and some wall art to bring identity to the department.

The new common room spaces were designed around feedback from the pupils and Heads of Key Stage to have more social and study spaces for students in Years 8 and 9. The requirement was for colour and the ability to differentiate between the two common rooms. This we hope we have achieved by implementing contrasting colour schemes whilst using the same design palette for furniture fixtures and fittings. A completely new approach was taken with procuring furniture for this space to enable us to provide something different for the girls whilst still remaining within the allocated budget. The result is lots of high end furniture which adds a hit of colour to each room. The colours should energise and invigorate the mind lending themselves to a fun yet creative space. The rooms have been divided in height using different zones and types of furniture. High tables in each room with power sockets and dedicated task lighting create a great space for individual working whilst round tables lend themselves to group work and socialising. Low comfy seating has also been provided to create a comfy spot to read or relax. Again the room has also been fitted with the new lighting specification according to the WELL standards. Natural materials have again been added along with some plants to bring in natural elements to the room. As part of the next phase of the design we hope to realise some of the pupils' designs for the courtyard space in order that both the internal and external aspects of the common rooms can be enjoyed to their full potential.

It is hoped that phase 2 of the Pastoral project will see improvements to SEN spaces as well as growing provision for quiet workrooms and following feedback from the pupils, an improved Hive space. Live music performance returned to the Music School with our Scholars' recital. 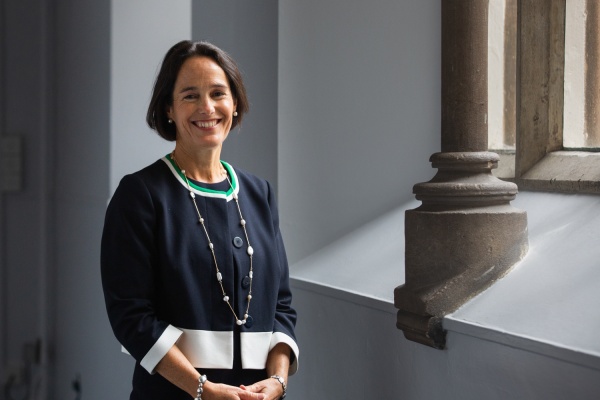 There is no ‘right’ way to bring up our children, but knowing we are following advice from experts, many of whom help debunk myths around what we hear about children, is empowering. 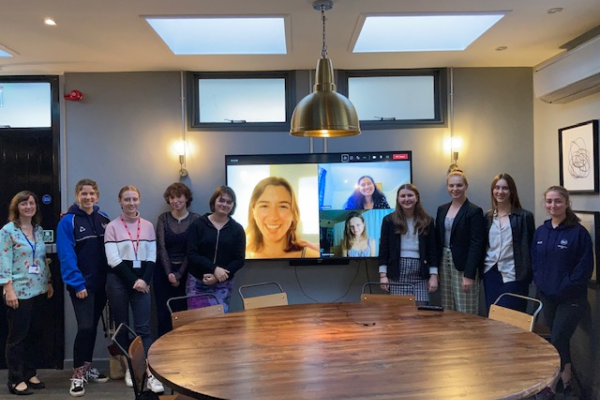 Alumnae inspire with their passion for university life!

Alumnae shared their wisdom and advice on all things university-related with Year 13 students at our annual Tips for Oxbridge and Tips for University Forums.